Text a driver in New Jersey, and you could see your day in court 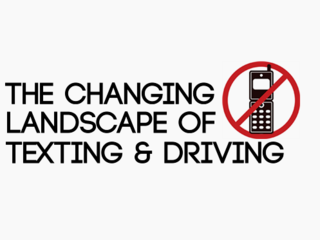 We've all heard the dictum: Don't text and drive. Now a New Jersey state appeals court has an addendum: Don't knowingly text a driver -- or you could be held liable if he causes a crash.

Kyle Best was behind the wheel of his pickup in September 2009 driving down a rural highway when Shannon Colonna sent him a text.

The two were teens at the time. He was 18; she was 17, and they were dating. They sent each other 62 texts that day, according to court documents.

In the opposing lane of traffic, David Kubert was cruising along on a big, blue touring motorcycle with his wife, Linda, along for the ride. They approached Best at exactly the wrong time.

A court summary of the times of texts and calls to and from Best's cell phone reflect what happened next:

The teens were having a text chat, volleying each other messages every few moments.

Seventeen seconds after Best sent a text, he was calling a 911 operator.

His truck had drifted across the double center line and hit the Kuberts head-on.

The scene Best described to the emergency operator was most certainly gruesome.

"The collision severed, or nearly severed David's left leg. It shattered Linda's left leg, leaving her fractured thighbone protruding out of the skin as she lay injured in the road," the court document said.

The court did not publish the contents of their messages.

The Kuberts both lost their legs. They sued.

But they didn't just go after Best. They included Colonna in the lawsuit.

In their minds, she was distracting him and was also responsible for their pain and loss.

They settled with Best and lost against Colonna, but they appealed that decision.

The plaintiffs' attorney, Stephen Weinstein, argued that the text sender was electronically in the car with the driver receiving the text and should be treated like someone sitting next to him willfully causing a distraction, legal analyst Marc Saperstein told CNN affiliate WPIX-TV.

The argument seemed to work.

On Tuesday, three appeals court judges agreed with it -- in principle.

They ruled that if the sender of text messages knows that the recipient is driving and texting at the same time, a court may hold the sender responsible for distraction and hold him or her liable for the accident.

"We hold that the sender of a text message can potentially be liable if an accident is caused by texting, but only if the sender knew or had special reason to know that the recipient would view the text while driving and thus be distracted," the court said.

But the judges let Colonna off the hook.

She had a habit of sending more than 100 texts a day and was oblivious to whether recipients were driving or not.

"I'm a young teenager. That's what we do," she said in her deposition before the original trial.

Since she was unaware that Best was texting while driving, she bore no responsibility, the court decided.

The driver is ultimately responsible, he said. Not someone sending him a text.

Posted at 08:39 AM in Accidents in the News, Arizona Legislation, Automobile Accidents | Permalink | Comments (0) | TrackBack (0)