Everything you need to know about trucking accidents: 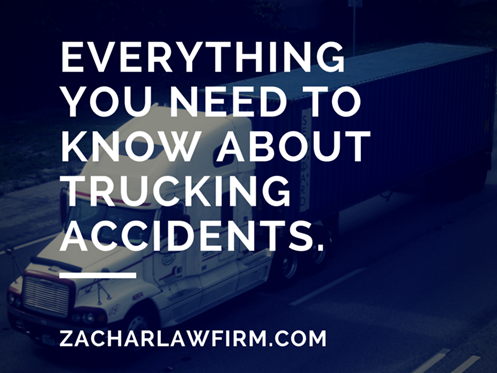 What happens if you’re involved in a trucking accident? Is it the same as a car accident? Who do you get in touch with? What do you do?

When searching for the right trucking accident lawyer, what are something you should look for?

The most important thing when searching is to make sure the law firm you get in touch with has actual experience dealing with trucking cases. Experience will change everything about your case.

Ask the law firm directly if they've handled trucking accident cases in the past and what were the outcomes.

There is a lot more information to learn and more investigation to be done.  Look for experience.  Look for an Arizona Certified Specialist in Injury/Death Law.

Can you deal with the insurance companies by yourself?

Well, you can, but do you want to? There are so many things to know and so many variables involved when it comes to dealing with insurance companies.

What do you tell them? What should you not say?

These insurance companies are only looking out for themselves.  Do you really want to take a chance with your case?

There are many factors involved when it comes to the causes of trucking accidents. Distracted driving, drowsy driving, drugged driving, etc… are just a few.

Though there isn't one factor above all, all accidents involve some form of human error.  Can you find it?  Can you prove it?  You will need to do exactly this to bring a successful claim.

Trucking accidents can be very hard fought and difficult.

The fact that a large truck was involved typically means a corporation with a commercial insurance policy, experienced adjusters and attorneys are involved.

Can you afford to try to handle it on your own?  Can you really take the chance?  What to do first?

My Suggestion:  Call an experienced trucking accident attorney to discuss your case, learn your rights and get on the path to physical and financial recovery. 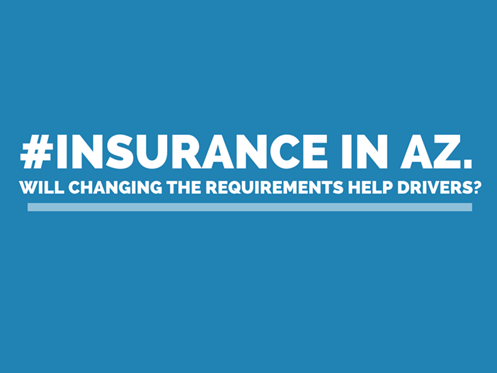 Matt Smiley was at a stop light on the Val Vista Drive exit ramp on U.S. 60 when another motorist slammed into the back of his BMW and drove off.

Authorities caught the hit-and-run driver and discovered that he did not have insurance.

Fortunately, Smiley had uninsured driver coverage, and the 45-year-old Phoenix resident did not have to pay out of his pocket for the 2007 incident.

However, many other motorists do find themselves paying big bucks when they get into wrecks with uninsured - or underinsured - drivers, no matter who causes the crash.

Arizona is one of 25 states that does not require uninsured driver coverage.

"I just think it's ridiculous," Smiley said. "I also think that the minimum coverage that's required by the state is way too low."

An estimated 10.6 percent of Arizona drivers don't have insurance, according to a new study by WalletHub.com, a Washington, D.C.,-based consumer advocacy group. This fact, combined with lenient minimum liability insurance requirements, put Arizona among the most financially risky states for drivers, the study said.

"I understand that it will increase people's costs, but people who don't do any wrong are being creamed out there," Brophy McGee said.

"That's definitely better," Smiley said. "I'm totally in favor of that."  Smiley, an attorney, added that his parents were killed in a crash, and the other driver had minimum liability insurance.

"For both their lives, that's what it was worth," he said of the $15,000 liability requirement for each life.

"I understand that it will increase people's costs, but people who don't do any wrong are being creamed out there," she added. "Cars are wrecked, and they don't have sufficient funds to cover all the damages."

The WalletHub study said insured drivers may not have enough to cover potential damages because Arizona does not require additional coverage - like medical coverage or personal injury protection.

This makes it more difficult for drivers to protect their finances after an accident, according to WalletHub.

Arizona, Colorado and Louisiana tied for 39 out of the 50 states and the District of Columbia as a financially risky place for motorists in the study, released earlier this month.

WalletHub looked at the percentage of uninsured drivers, liability requirements to protect others and other forms of insurance to protect the policyholder.

"I think if someone doesn't have insurance, then you should be able to take them to court, and they should be liable for the damage they cost you," said Hernandez.

(GOOD IDEA JILL, BUT WE CAN TAKE THEM TO COURT NOW.  HOWEVER, WITHOUT INSURANCE GETTING THEM TO PAY AFTER COURT IS OFTEN IMPOSSIBLE.)

If the state adopts Brophy McGee's bill as law, it would put Arizona at least on par with most other states. Only four states have lower liability insurance requirements than Arizona.

"In a state like Maine where coverage is very strict, it's safer for drivers," Gonzalez said.

Motorist Vanessa Hernandez, 23, of Scottsdale, said it's not fair to charge drivers more for insurance.

"I think if someone doesn't have insurance, then you should be able to take them to court, and they should be liable for the damage they cost you," said Hernandez, who works at Phoenix Sky Harbor International Airport.

Brophy McGee said she doesn't yet have consensus on the bill. And at this point, she's "not convinced it will be passed."

"I'm hoping to address those concerns and reach a middle ground to update an important law," she said.

Brophy McGee said she believes increasing insurance would translate to lower rates in the long run by making Arizona a safer place to drive. 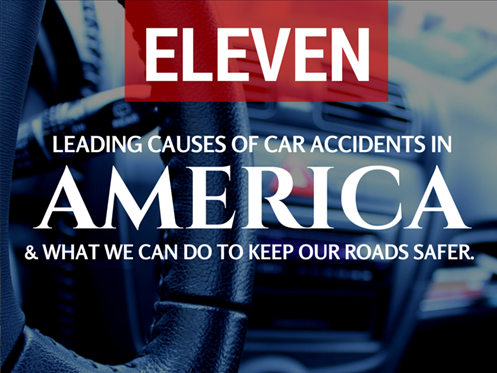 Car accidents are one of the leading causes of death in America today. Did you know the 11 most common causes of auto accidents can be preventable?

What are they?  More importantly, why aren’t we doing enough about it?

The littlest changes could save millions of car accident victims every year.

Every time we get behind the wheel of a car, we take on an enormous responsibility.  We instantly become responsible for the lives of those in our car and all other people on the road.

Please remember this.  Drive safe, and drive smart. Don’t take a vehicle for granted—that’s when one of the above 11 things occur, and your life changes forever.

Does hiring a personal injury lawyer mean I have to file a lawsuit? 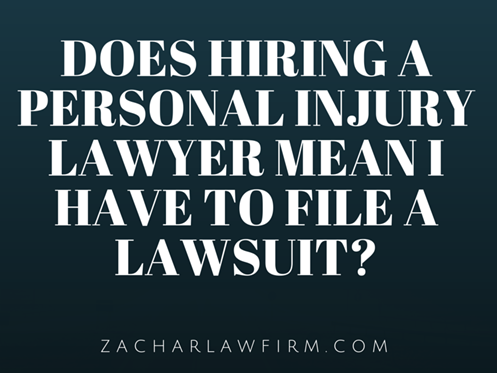 Indeed, hiring an experienced personal injury trial lawyer makes it even more unlikely that you will have to file a lawsuit.

This is not the case when you hire an experienced personal injury trial lawyer.  Now, the insurance company is worried.

They know they won’t get out cheap, and they know if a lawsuit is filed, they will have to hire their own attorney to defend the case and the cost will go WAY UP.

They don’t like that and they don’t want that.

So, lowball the case and then have to pay an attorney too, or, pay the client of the experienced personal injury trial lawyer more, and avoid a lawsuit and the courts.

What would you do in this circumstance?  Correct.

Posted at 07:20 AM in Accidents in the News, Arizona Legislation, Automobile Accidents | Permalink | Comments (0) | TrackBack (0) 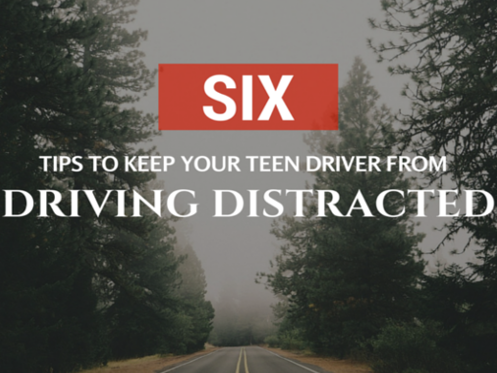 Driving distracted is one of the leading causes of motor vehicle accidents in the United States today. The age group associated the most with this? Teenagers.

A study released by the CDC states that there were over 400,000 injuries and over 3,300 deaths in 2012 caused by distracted driving.

Drivers under the age of 20 account for the highest age range as far as distracted drivers go.

10 percent of that age group or younger who were involved in a fatal crash were reportedly distracted at the time.

These statistics are alarming to say the least. With that being said, what can you do as a parent?

We’ve put together a few tips to follow for your teen drivers:

What about the teen drivers themselves? What can they do to ensure that they are driving safely? We’ve also compiled a list of tips to follow:

Driving may seem simple, but it is extremely dangerous and by far one of the biggest causes of fatalities in America today.

Remember. Drive safe and drive smart. Driving distracted only increases the chance of an accident. Don't take that chance.

75% of parents are using car seats wrong. See why. 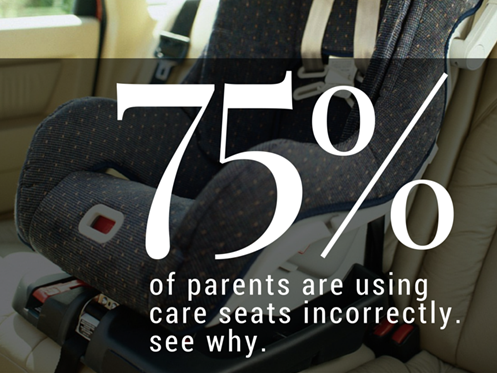 A new study was released stating that three-quarters of parents fail at using car seats correctly.

Unfortunately, most parents then their child's car seats around, facing the front position at an earlier age than what is recommended.

Car seats are vital in order to keep your children safe while in a vehicle. Making sure that you are using the seat correctly is just as equally important.

When you get a car-seat, please make sure that you read the entire instruction manual. Not only will you know what exactly you need to do, but it will also give you peace of mind.

Please be sure to drive safe and drive smart!

Damages: How are they defined in personal injury law? 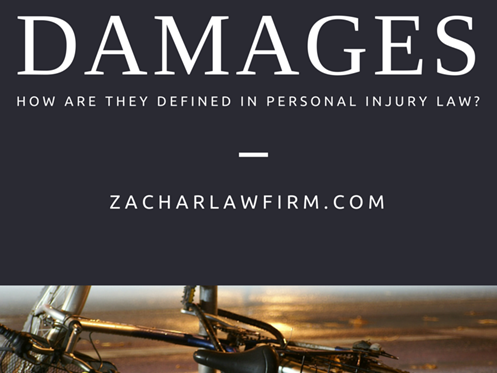 When there is a personal injury claim, chances are you’ll hear the word “damages.” But what does that mean? If someone has been hurt, the term “damages” refers to the following:

In the legal realm, to receive an “award of damages” refers to the payment of monetary compensation to the injured person for the above listed things.

Compensatory damages are meant to compensate an injured party for their current and future losses casued by the accident.

The purpose is to return someone to as close to their before accident condition as possible.

Some examples of compensatory damages:

Punitive damages are meant to punish intentional and or careless behavior.  The intent is to punish and to deter future conduct.

Punitive Damages are not meant to support the victim, but instead, to punish the evildoer.  Nevertheless, punitive damages are awarded to the victim, and/or can be earmarked in whole or in part for special funds, organizations or charities.

What is damages, is it related, is it compensable and how much is it worth can all be very difficult concepts to compute and prove.

If you have a case, and if you have questions or need help, seek the assistance of an experienced personal injury lawyer in Phoenix.

Look for a trial lawyer, one Certified by the Arizona State Bar in Injury/Death cases.

That is your best hope for getting someone with a proven track record in serious injury/death cases.

Posted at 07:22 AM in Accidents in the News, Arizona Legislation, Automobile Accidents | Permalink | Comments (0) | TrackBack (0)

Slip And Fall Injuries: Who's Really At Fault? 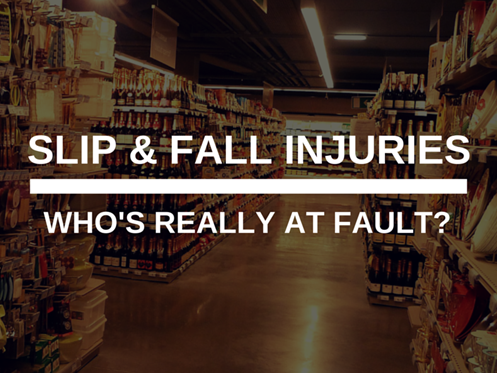 We don't think twice about slipping and falling. We get up and we end up having an embarrassing story to tell.

But the common question among slip and fall accidents is: Who's at fault?

- A store employee caused the condition that caused you to fall.

- A store employee was aware of the condition and did nothing about it.

- A store employee should have been made aware of the condition through property management and repaired or remove the condition altogether.

Injuries that are sustained because of a slip and fall can be devastating to say the least and proving fault can be tough.

Slip and fall accidents can happen anywhere. In stores, on side walks, in restaurants, and countless other areas. This is why premises liability can be a very complex area of law.

It's key to have an experienced personal injury law firm on your side that has handled these types of cases in the past.

A firm that has experience will help your claim. Don't guess. Don't assume. Make sure you retain the right law firm for you.