Bill would lower learner's permit age in Arizona. Is this a good idea?

A bill that would allow younger teens to get behind the wheel is making its way to the Arizona Legislature.

Some advocacy groups are calling that move unsafe.

The bill would allow teens to get their permit at age 15, six months earlier than the state's current law.

Rep. Kelly Townsend of Mesa is proposing the measure. She planned to introduce the bill Tuesday but held off to do more research.

Advocacy groups like AAA are against the idea. They say House Bill 2080 will just put lives in danger.

They are proposing somewhat of a compromise, saying teens could be allowed to get permits at 15 but only if they take driver training through an approved school.

"A permit age of 15, as research indicates, is just too young," said Linda Gorman with AAA Arizona. "Brains are still forming, that judgment-making ability is the last thing to form."

AAA said research shows that lowering the permit age to 15 can actually increase the fatality rate by 7 percent.

AAA also said in some states, like Nebraska and Kansas, kids can get their permit at just 14 years old. They said it's because the kids are living and driving in a rural area like farmland.

In my opinion, ANYTHING that gets kids additional training and experience on the road is a GOOD thing.

Getting kids an extra six months of training behind the wheel, before they can actually get on the road by themselves at age 16---how is this BAD?

What do you think??

Posted at 07:17 AM in Accidents in the News, Arizona Legislation, Automobile Accidents | Permalink | Comments (0)

You were just involved in a car accident. Your vehicle hits a power pole and the lines are now on your car and on the ground. What do you do?

This scenario happens more times than one would think, and it is key to make sure you are safe through an ordeal such as this.

Watch the link, and follow the steps below in order to make sure you and your loved ones are safe.

WORTH WATCHING....AND LEARN FROM THIS VIDEO..

Learn what to do from this video.... even if you know the basics, but maybe not the latter part ....

Please watch it all the way through ... Could save lives.
Contains very good information for all!!!
Please watch and listen.

Posted at 10:04 AM in Accidents in the News, Arizona Legislation, Automobile Accidents | Permalink | Comments (0)

Teen crashes into seven parked cars in Glendale, what happens next?

Police say a 17-year-old boy has been arrested after reportedly crashing into seven cars at a Glendale apartment complex overnight.

Residents of the complex near 79th Avenue and Bell Road called police after seeing a vehicle speeding through the parking lot and again after hearing a crash.

Officers found the car had crashed into multiple parked cars and a parking structure. Some of the vehicles had extensive damage.  Fortunately, no one was injured.

The teen driver was taken into custody and he will likely face criminal damage and reckless driving charges.  Glendale Police say the vehicle belongs to his girlfriend's father. Alcohol and impairment are not believed to be factors in the crash. 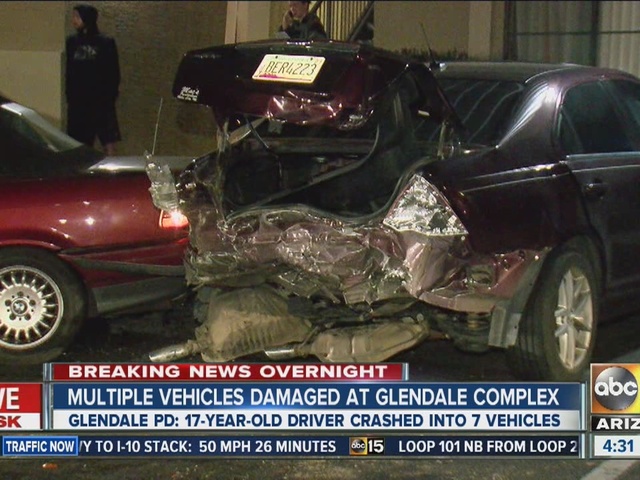 WHAT DO THE OWNERS OF THE DAMAGED VEHICLES DO NOW?

In Arizona, insurance coverage follows the vehicle.  That means, so long as this 17 year old driver was operating the car with the permission of the owner, then the owner’s policy will step in first to pay for the damage.

Next, if the 17 year old is covered by his parents or his own policy, that will step in next.

If there is not enough property damage coverage between these two policies to pay for all of the damage, then the owners of these cars may have to use their own insurance under the “Collison coverage” of their auto policies.

A bad day for all, for sure.  But no one being injured, let’s be thankful the silver lining. (Download our free guide on how to handle property damage in Arizona)

Posted at 07:40 AM in Accidents in the News, Arizona Legislation, Automobile Accidents | Permalink | Comments (0)

Two Dead After Head-on Collision in the northwest valley

Two people are dead Sunday after a head-on collision along Loop 303 in the northwest Valley early Sunday morning.  Shortly after 1 a.m., the Arizona Department of Public Safety received a call about a maroon SUV traveling north in the southbound lanes of Loop 303 near Waddell Road.

Just minutes later, it was reported that the vehicle collided head-on with a white pickup truck in the far left lane.  What happens when wrong way collisions occur? 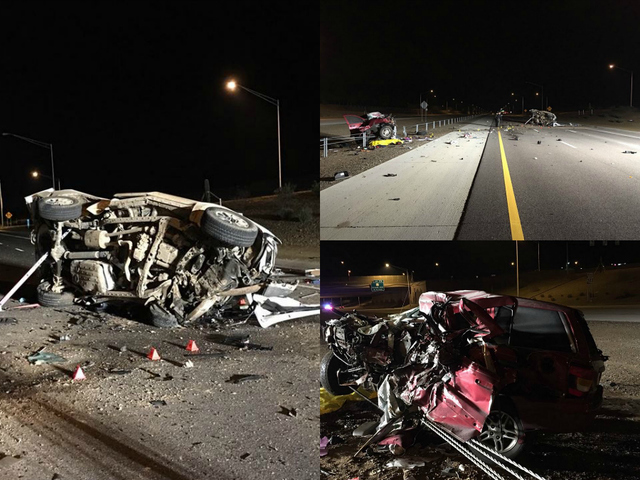 A portion of Loop 303 was closed Sunday morning, and traffic was rerouted at Bell Road as detectives with the department's Vehicular Crimes Unit investigated. The roadway was reopened at 7 a.m.  The possibility of DUI has not been ruled out for either driver.

WHAT IS ADOT AND THE ARIZONA DPS DOING TO TRY TO PREVENT THESE WRONG WAY COLLISIONS?

Until lately, not much.

For this accident, what could have been done?  A timely and thorough legal investigation will tell.

Posted at 07:20 AM in Accidents in the News, Arizona Legislation, Automobile Accidents | Permalink | Comments (0)

How safe is Arizona keeping you while you’re on the road?

In 2013, our website I10accidents.com garnered national attention when Popular Mechanics decided to feature an article that displayed just how dangerous an Arizona highway really was.  The amount of fatal accidents on this specific highway alone, was alarming. But. Accidents happen. Right?

Or are these accidents preventable? According to the State of Arizona’s own experts, the answer is YES, with 95% certainty.

The answer: A barrier place in the dirt medians to separate the opposing directions of travel.

How many accidents have there been?

How many people have died?

The statistics compiled are not completely up to date, and in general only apply to the stretch of Interstate 10 between Phoenix and Tucson.

Over the course of last 10 years, we have compiled stats.

Our research shows that there have been upwards of 60-70 deaths from crossover crashes between Phoenix and Tucson.

Our research also shows for as little as $90,000 per mile, or approximately $7 million for the entire stretch between Phoenix and Tucson, these barriers could be in place.

ADOT’s budge per year is $300 million.  That does not even include the millions of federal dollars ADOT receives each year.

I’ll bet the loved ones of the 50-60 people who have been killed in these crossover accidents would be interested to know that less than 2% of a single year’s budget could have prevented the death of their family member?

Now remember, this is only one Freeway in the entire state of Arizona.

What other preventable deaths are occurring daily on our other freeways and roads?

A report by TRIP determined that traffic crashes and fatalities on rural Arizona roads are significantly higher than all other roads in the state.

These non-interstate rural roads had a traffic fatality rate of 3 deaths for every 100-million vehicle miles of travel.

This equates to the fifth highest rate nationally…

Posted at 09:02 AM in Accidents in the News, Arizona Legislation, Automobile Accidents | Permalink | Comments (0)