Does an attorney have to specialize in the area of personal injury? 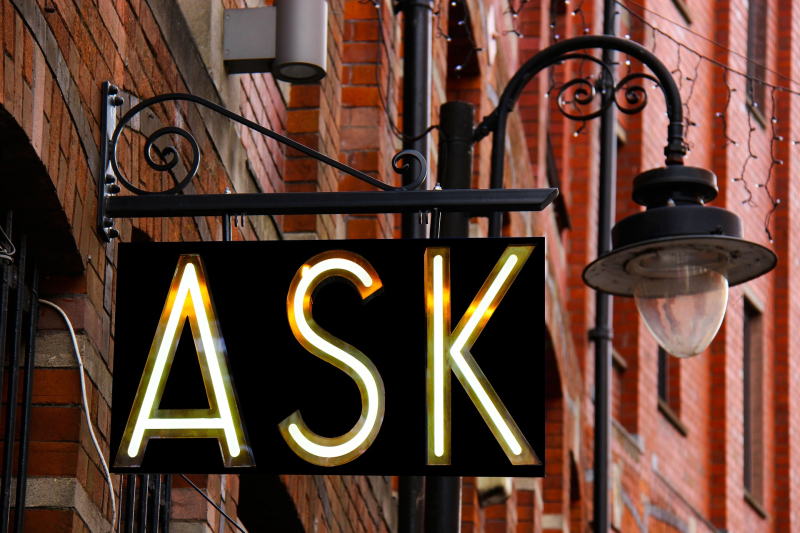 How do police reports play a role in a personal injury claim? 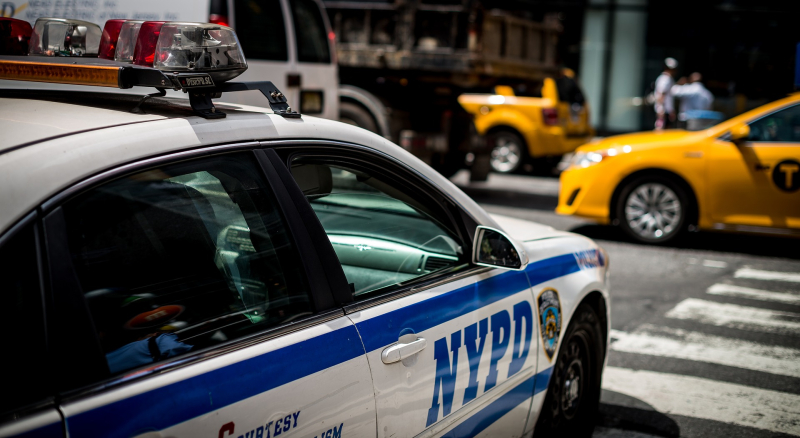 Police officers, as first responders, often play a vital role in personal injury claims.  Police officers have the responsibility to document the physical evidence, the statements of the drivers and passengers and any eyewitnesses.

The investigation by a police officer will always be important.  Unfortunately, it is not always accurate, and for the innocent party, that can create an obstacle.  Regardless, if you are in an accident, never be in too big of a hurry in that you agree to simply "exchange information" with the at-fault driver.

Take the time---call the police, and get the facts and the drivers' versions and admissions properly documented.  It will very likely make it much easier for you to present your claim and get your damages paid for by the at-fault driver's insurance.

If you’re injured in a car accident and can’t work. What rights do you have? What can you do? An accident can cause injuries that prevent you from working. As a victim, you are entitled to be placed in the same position you would have been had the accident not occurred. As such, you are allowed to be compensated for any loss of income that is related to the crash, including time away from your job due to your inability to work or to attend medical appointments.

The same answer applies if your injuries are more severe and you are rendered in complete disability. Arizona law says that the at-fault party must pay for the damage.

Keep in mind; it will be your burden to prove your loss of income. Here are some suggestions:

(1) A document that your doctor ordered your time off through a prescription or written notation;

(2) Obtain documentation from your employer indicating the time missed and a calculation of the monetary loss; and

(3) obtain your tax returns and W2s for several years prior and after the accident to show your income history, to help prove the loss.

While the law entitles you to a claim for loss of income, it also requires you to prove the loss with specificity. You cannot guess, and you cannot approximate.

If your injuries do prevent you from working in the same job or vocation, it may be advisable to retain an economic/vocational rehabilitation expert to testify on the full value of your loss.

Your experienced Phoenix personal injury lawyer will know these things and will help you document and prove your claim.

Have a question? Feel free to call Zachar Law firm anytime. There is no fee, and there is no obligation, and we will do our best to educate you regarding your claims.

Related: Do you have a personal injury case? What you need to know.

Posted at 09:48 AM in Accidents in the News, Arizona Legislation, Automobile Accidents | Permalink | Comments (0)

How Does Our State Senator Feel About Median Barriers Now? Arizona Sen. Steve Smith and a campaign staffer walked away from a violent car crash Sunday after a parade on the Navajo Nation.  Smith, who is running for a seat in Congress, told The Arizona Republic he was riding shotgun in an SUV driven by campaign staffer Mark Fitzgerald. They were traveling on Interstate 40 near the Arizona-New Mexico border, headed back to metro Phoenix when the vehicle hydroplaned on rain-slick roads.

The vehicle careened into the median going about 65 mph.  "It felt like a boat hitting waves really hard," the Republican senator from Maricopa said. "It was like, 'Boom, then jump, then boom, then jump.' I was for sure we were going to roll. ... We were heading into oncoming traffic."  Fitzgerald, 24, turned the wheel, sending the vehicle back into their lane and into the back end of a semi-truck.

"My window is obliterated as we go into the semi, and it ripped the whole front end off, then the back end of the car smashes into the guardrail," Smith said.  "It's great to be alive," Smith said.

Smith credits divine intervention for their walking away from the crash.

And that everyone, is how these crashes happen and why median barriers are so important.

Most medians on Arizona’s highways (the grass/dirt area in the middle) ate 70-80 feet wide.  That means it will take less than 1 second at normal highway speeds to cross into the opposing lanes of travel.

Hydroplane; mechanical malfunction; medical emergency; an object in the road; vehicle interaction; impaired driver; inattention.  There are many reasons a vehicle can lose control on the highway.

And you know what:  It does not matter what the reason is to the innocent drivers/passengers going the opposite way.

There is an easy fix, and the State knows it. “Median barriers” prevent 95% of cross median crashes.  Barriers save lives.  Period.

By way of this post, we AGAIN implore our State highway department to do the right thing for all roadway travelers in Arizona:

Posted at 08:56 AM in Accidents in the News, Arizona Legislation, Automobile Accidents | Permalink | Comments (0)

Why having the right amount of auto insurance coverage is important in a minimum liability world. 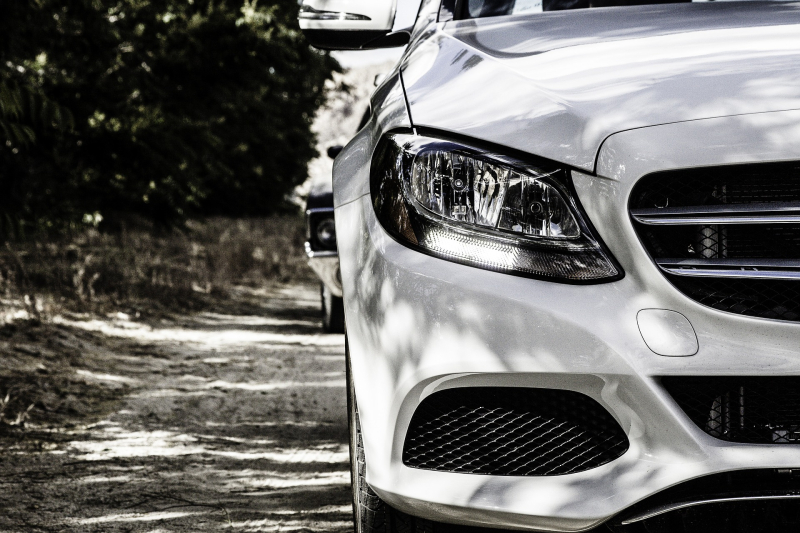 Is automobile liability insurance enough? It really depends on each person’s individual circumstances.

Now, 43 years later, even though cars are more expensive and medical costs have skyrocketed, the minimum mandatory insurance limits in Arizona are the same.

To begin, you must carry at least a mandatory minimum as required by Arizona law. Thereafter, you have to determine your own personal financial circumstances.

The purpose of insurance is to provide financial protection for your family. If an accident occurs, you do not want to be responsible for all financial damages caused to the victims of the accident.

Insurance protects you from this. So, if you are a student and don't have a lot of assets or lot to protect, the minimum may be enough. However, if you are a working professional with a high income, a nice house, nice cars and financial assets, you should probably be carrying a much larger policy.

How much is enough? Insurance is peace of mind.  It is financial protection that you hopefully will never need to use.

You and your automobile insurance agent should make this determination together.

Related: How well do you know your Arizona car insurance policy?

Posted at 08:26 AM in Accidents in the News, Arizona Legislation, Automobile Accidents | Permalink | Comments (0)

What happens if you’re injured in an accident in another state? What do you do? You live in Arizona but while traveling to another state you are involved in a crash. The crash is not your fault, and you have sustained injuries.  You returned Arizona and begin and continue with medical care for your injuries.

Question:  How do you go about making the responsible driver in the other state pay for your damages?

The first step is to call an Arizona attorney.  He may be able to help.  The communications with the insurance people will be by phone, fax, mail or email anyway, and often even for crashes that occur in Arizona, the adjusters we deal with are out of state.  A local attorney may be able to help you get your case resolved.

If not, we will help locate and work with an accident lawyer in the state where the crash occurred.  If a lawsuit needs to be filed to get you justice, we can make sure this gets done timely, to preserve your rights.

Above all, being involved in an out-of-state accident certainly, ups the level of difficulty in handling your claim.  Look for an experienced accident lawyer in Phoenix to consult with and provide you the assistance that you will need.

Posted at 11:15 AM in Accidents in the News, Arizona Legislation, Automobile Accidents | Permalink | Comments (0)