Interstate 17:  A dangerous highway in Arizona 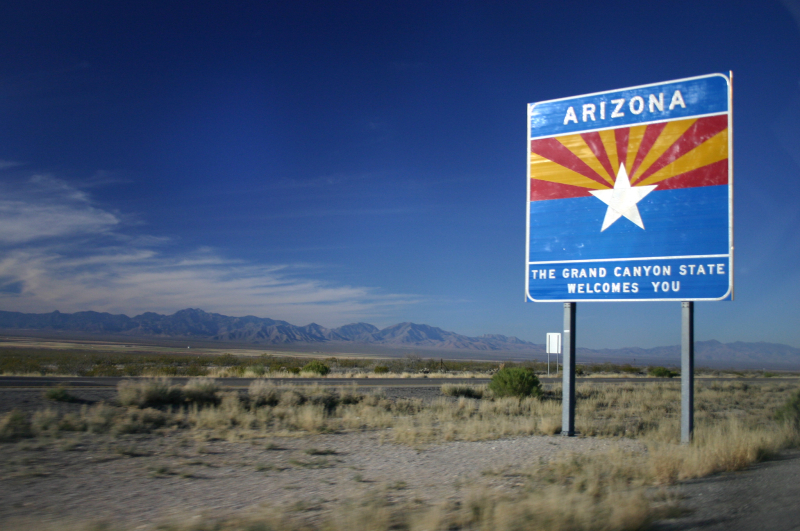 Interstate 17 is No. 4 on a list of the deadliest highways in the nation, and the section through Phoenix is considered the most dangerous stretch of the interstate, according to a recent study by Teletrac Navman.

From 2011 to 2015 there were 123 fatalities on the 75-mile-long freeway between Flagstaff and Phoenix.  That’s one death every .87 miles.  The findings are based on federal Fatal Accident Reporting System data retrieved from the National Highway Traffic Safety Administration.  The data shows 49 deaths occurred on I-17 inside Phoenix city limits.

According to an analysis by The Arizona Republic, the deadliest sections on I-17 between 2013 to 2015 were Bell Road to Greenway Road, with five crashes in 1 that mile stretch;  Happy Valley Road to Loop 303 hadeight crashes in that 4 mile stretch.

From 2013 to 2015, a fatal freeway accident occurred in the Valley about every five days, leaving 207 people dead.

Fatalities on Arizona's urban freeways and interstates occurred at a rate 61 percent higher than the national average, according to 2013 Federal Highway Administration and National Highway Traffic Safety Administration data.

The Teletrac Navman study broke down the most dangerous time to be on I-17: March 3 between 3 and 4 p.m. Saturdays were the most common days for fatal crashes.  Aside from a vehicle colliding into other vehicles, rollovers and pedestrians were attributed as the second and third, respectively, most common reasons for fatalities on the highway.

The Arizona Department of Public Safety declined to comment on the study, saying they were not involved in the process of information collecting.

UMMMM------WHAT??????  IN FACT, IT IS THE AZ DPS THAT INVESTIGATES AND MAINTAINS THE FILES ON EVERY ACCIDENT THAT OCCURS ON THE HIGHWAY SYSTEM.

NO ONE HAS AS COMPLETE A RECORD AS THE AZ DPS.

THE AZ DPS ALWAYS SAYS THAT, BECAUSE THEY DO NOT WANT TO EVER BE LABELED AS RESPONSIBLE FOR A HIGHWAY PROBLEM.

THE DPS STATEMENT (STOCK):  "(DPS) is committed to the safety of the citizens of Arizona through enforcement of state laws," DPS spokesman Quentin Mehr said in an emailed statement.

ADOT also declined to assess the I-17 study, but said that nearly all crashes and traffic fatalities on all roadways stem from driver behavior  (YEP.  NEVER IS AZ DPS FAULT—EVEN WHEN IT IS).

Bottom Line:  Just be careful.  Driver behavior very often contributes to these crashes.  Stay alert and keep your eyes on the road at all times.

Posted at 11:52 AM in Accidents in the News, Arizona Legislation, Automobile Accidents | Permalink | Comments (0)

How Long Do I Have to Initiate An Auto Accident Lawsuit? 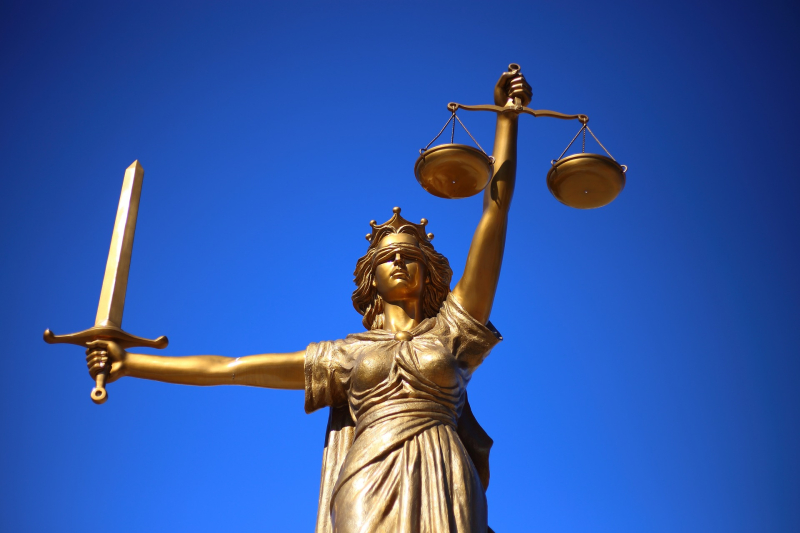 This can be a really tricky question.  It is one of the main reasons you should seek to consult with an experienced Arizona trial lawyer at the earliest time.

So, you ready for this? The answer to the above question is either:

It just depends on the type of case you have an who the at-fault party is.

If a government entity or employee, you generally have 180 days to officially serve notice of the claim, then file your lawsuit within one year of the incident.

If you are injured while working and have received worker’s comp benefits, you have one year from the date of the incident.

If an assault or intentional tort or possible a claim arising out of an alcohol issue with a bar, then maybe only one year.

For most other things, two years.

If a claim against your own insurance company for UM or UIM claim, then maybe three years.

There are no “hard” rules here---every case must be determined on its own facts.

Disclaimer:  Due to the above highlight, do not depend on anything in this general, informational blog.

If you have an injury case, consult with a Board Certified Injury Specialist at the earliest time to know and understand your rights.

Posted at 07:20 AM in Accidents in the News, Arizona Legislation, Automobile Accidents | Permalink | Comments (0)

What should you do if you are hit while walking or biking? What recourse do you have?

A driver is at-fault and must pay for the damages he or she caused whether you were hit in a car, riding a bike or walking.  When it concerns compensation for injuries, the law does not differentiate between drivers, bike riders and pedestrians.

If you were injured by an at-fault driver (regardless of your mode of transportation at the time you were struck), the law entitles you to what is commonly referred to as compensatory damages.  This includes property damage (i.e. your bike) as well as bodily injury.  Bodily injury damages include the full expense of all medical costs, lost wages incurred from the wrongful act, loss of earning capacity, pain and suffering- physical, mental and emotional, damage to credit, etc.

In other words, the law is designed to compensate victims in a manner that places them in the place they were prior to being injured.  If a person that is hurt had a pre-existing physical or mental condition that was aggravated or otherwise made worse by an accident or wrongful act, that too is compensable.

How are your damages paid if you were riding a bike or walking?  The at-fault driver’s insurance liability policy will pay for the damages.

Posted at 08:22 AM in Accidents in the News, Arizona Legislation, Automobile Accidents | Permalink | Comments (0)

What are the types of damages you can recover in a personal injury claim and what does each term mean? The law entitles any person injured by a wrongdoer what are commonly referred to as compensatory damages.  This includes property damage as well as bodily injury.  Property damage includes loss of use of the property as well as loss of value (diminution) in the property if it requires repair.  Bodily injury damages include the full expense of all medical costs, lost wages incurred from the wrongful act, loss of earning capacity, pain and suffering- physical, mental and emotional, damage to credit, etc.

In other words, the law is designed to compensate victims in a manner that places them in the place they were prior to being injured.  If a person that is hurt had a pre-existing physical or mental condition that was aggravated or otherwise made worse by an accident or wrongful act, that too is compensable.

Most people have also heard the terms “loss of consortium” and “punitive damages.” These are terms that usually relate to types of damages that are less common but arise out of specific types of injuries or acts causing injuries.  A consortium claim is based on the loss or injury to a relationship.

A typical loss of consortium claim is present when an injury is so severe that it affects the injured person’s relationship with a spouse or loved one.  A person paralyzed in an accident can no longer play with his or her kids or have sex with a spouse, etc.  This type of claim may actually be shared by both parties in the relationship; the victim and the loved one.  A wrongful death claim is essentially premised on a loss of consortium claim, as it is the parent, spouse or child of the person that was killed that would bring the claim.

Punitive damages are damages arising from the conduct of the wrongdoer rather than based on the injuries suffered by the victim. They are awarded to punish the wrongdoer.  Punitive damages are typically not warranted for negligent (i.e. unintentional) acts or mistakes, such as automobile accidents and are more appropriately afforded to victims who have been assaulted, battered or a victim of fraud or other intentional acts.

What can I do about my lawyer ignoring me?

You have been involved in an incident/accident where you sustained injury. You hired the attorney/law firm you thought best for your case.

It all sounded good when you signed the papers. Now, the attorney/law firm will not return your calls.

What can you do?

First, the papers you signed are called a “fee agreement”. The purpose is to outline the fee understanding between you and your attorney/law firm.

It is not a “contract”, so you are not bound to keep the attorney/law firm. You can change at any time.

You have to wonder why the attorney/law firm is not returning your calls. Too busy? Your case not important? Poor management? Something else?

Either way, you have the right to expect better of your attorney/law firm. If you are not getting answers from them, maybe it is time to look elsewhere.

Where to look for a new attorney?  Look online, and check out the reviews left by other clients.  Hopefully, this way you will find an attorney/law firm more responsive to your case.

Posted at 07:32 AM in Premises Liability, Product Liability | Permalink | Comments (0)

How do I know if my auto insurance is enough to protect me in a car accident? Is there anything I need to look for? 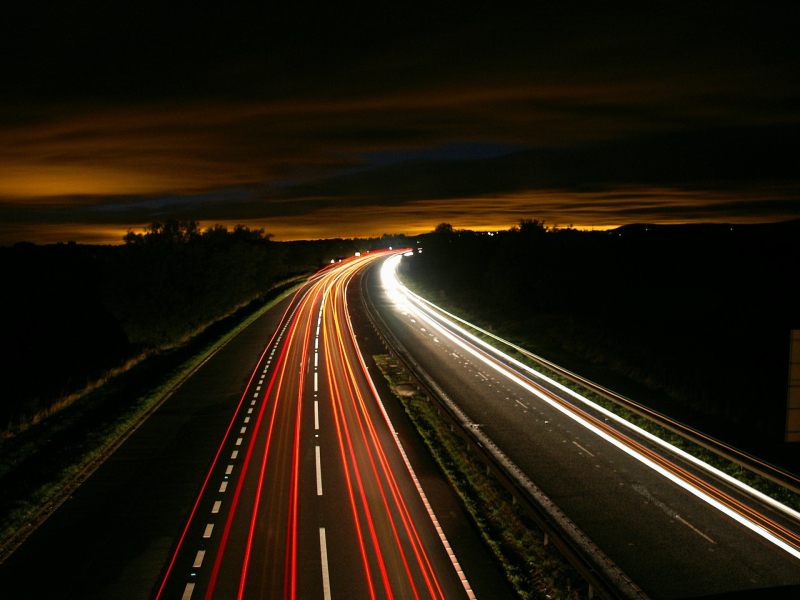 How well do you know your auto insurance policy? The concept of insurance protection is really dependent on 2 factors.

What are your financial circumstances? Do you need more financial protection than this?  If so, you should buy more, but how much?

Most people are concerned with liability insurance first (protection for harm to others if you cause an accident).  How much should you have?  Consider the possibilities and make the best decisions for your family.  Keep in mind also, you can substantially increase your liability insurance limits at a more modest cost with an umbrella policy.

Then, think of your own family.  It is estimated that as many as 20% of cars on the road don't have insurance.  Talk to your agent about protecting your family with Uninsured, Underinsured and/or Medical Payments coverage.

How much?  Again, everyone's circumstances are different.  The purpose of insurance is financial protection.  Everyone needs to decide their own personal needs.

Posted at 08:38 AM in Accidents in the News, Arizona Legislation, Automobile Accidents | Permalink | Comments (0)